Strategy and tactic; which is which in PR?

Walk into any boardroom where PR practitioners are meeting and the conversations you are likely to encounter will be revolving about strategies and tactics. 'Strategies' and 'tactics' are terms that are often used interchangeably, but they are two very different things. One is the way in which a competitive advantage is (attempted to be) gained, and the other is the competitive advantage. That makes the two things related in the sense that they are both part of the public relations planning process. A strategy is what will set your company apart or help your company or client to reach a goal and objective. For each strategy, there are tactics needed to accomplish that strategy. According to Merrium Webster Dictionary, 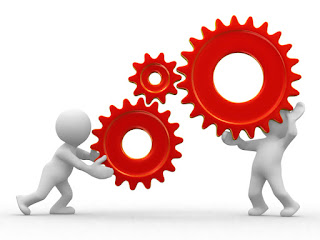 a Strategy is a noun that means a: a careful plan or method: a clever stratagem b: the art of devising or employing plans or stratagems toward a goal while a Tactic is a noun that means a ‘device for accomplishing an end.’ Those definitions help to show the differences between the two. One is the strategy or the art of creating a plan, while the other is the means with which that plan is executed. When creating a PR plan, there are essential components that include strategies and tactics. Having these components gives the plan a better chance of success and makes the plan more relevant and tailored for the company or client when these strategies and tactics are based on the company's overall business objectives. To help ensure success companies should create strategies corresponding with the company's and PR plan's objectives as well as tactics tailored for the intended/targeted audiences and media. From a global perspective the components may include things such as the PR objectives, the targeted market in terms of audience and would-be customers, media tools and how you will schedule the media(timelines) the proposed team (if it is not competent enough you may need to outsource) and finally you must put together some evaluation mechanisms that assesses and refocus your PR efforts at regular intervals. All said and done, Young PR Kenya believes while strategies and tactics seem to be the same thing, they are not. Know that one requires the other, and vice versa. To take action and implement a tactic without knowing why wouldn't be very helpful, and to create a strategy without acting upon it would be somewhat pointless.
Posted by Paul Barasa at Wednesday, June 27, 2012

Email ThisBlogThis!Share to TwitterShare to FacebookShare to Pinterest
Labels: PR

I like the article and i believe the PR profession in Kenya is evolving from mere off the cuff tactics to strategy and sustainable tactics that are based on research and have critical evaluation parameters.

Thаt is геally intегesting,
Yοu агe an oveгlу sκilled blogger.
I've joined your rss feed and sit up for seeking extra of your magnificent post. Additionally, I've shaгed your ωeb site in my ѕoсial networks
Also visit my webpage ... completeniche.com

Hello. And Bye. Thank you very much.

Hello. And Bye. Thank you very much.

This text is priceless. Where can I find out more?


Feel free to surf to my homepage :: acoustic guitar chords for beginners

I visit everyday some web pages and blogs to read posts, however this web site offers quality based writing.

Fantastic site. A lot of helpful info here. I am sending it to a few buddies ans also sharing in
delicious. And obviously, thanks to your effort!

hello!,I really like your writing so much!
share we keep in touch extra about your article on AOL?
I require a specialist in this house to unravel my problem.
Maybe that is you! Having a look ahead to see you.

Feel free to surf to my website: check this out

Hi, I do think this is an excellent site. I stumbledupon
it ;) I may return once again since i have saved as a favorite
it. Money and freedom is the best way to change, may you be rich and continue to help
other people.

My partner and I absolutely love your blog and find most of
your post's to be exactly I'm looking for. Would you offer guest writers to write
content for yourself? I wouldn't mind creating a post or elaborating on many of the subjects you write regarding here. Again, awesome website!

Hey I know this is off topic but I was wondering if you knew of
any widgets I could add to my blog that automatically tweet
my newest twitter updates. I've been looking for a plug-in like this for quite some time and was hoping maybe you would have some experience with something like this. Please let me know if you run into anything. I truly enjoy reading your blog and I look forward to your new updates.

Thanks , I've just been searching for info approximately this subject for a while and yours is the best I have found out till now. However, what concerning the bottom line? Are you sure about the supply?

Do you have a spam problem on this blog; I also am a blogger, and I was wanting to know your situation; many of us have
developed some nice methods and we are looking to trade solutions with others,
please shoot me an email if interested.

Paul Barasa
I am a Kenyan with lots of interests in PR & Media. I survive by instilling Communication/PR strategies to the world. The disclaimer: Although difficult, this blog is separate from my day job. the thoughts, views and opinions expressed here are my own and do not reflect those of my employer. Drop me a mail via paulbarassa@yahoo.com or on twitter @Barasapaul